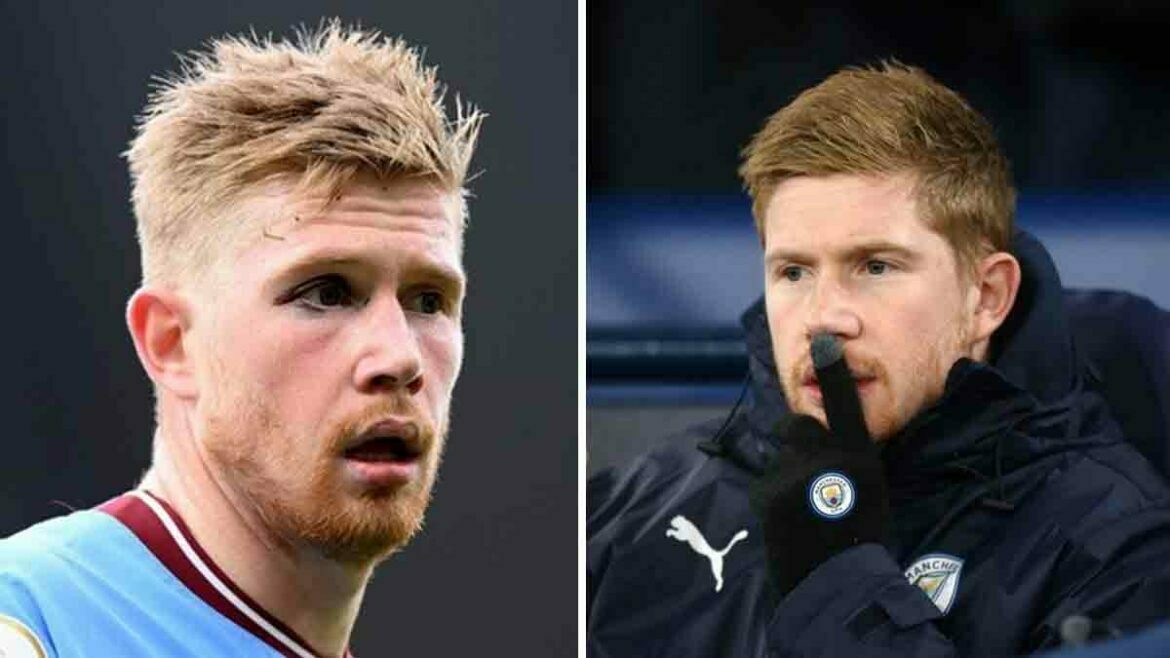 Manchester City aren’t accustomed to bad runs, or even indifferent ones. Even on the rare occasions they drop points, they often are still creating chances and the mantra remains true that the only side who can really beat City are themselves.

In their eight games leading up to Thursday’s clash with Tottenham, though, City had lost three and drawn another, with some unconvincing performances to match. In their back-to-back defeats last week, they mustered just one shot on target.

Pep Guardiola went out of his way on Wednesday to stress that City’s recent goalscoring troubles were his fault and not his players, and indicated that he had a clear idea to rediscover their rhythm. Although few could have expected that dropping talisman Kevin De Bruyne would be part of the masterplan.

Guardiola initially hinted last week that Erling Haaland’s run of three games without a goal could be fixed by a change in approach and simply by getting the ball into the box more for their number nine. Even though he later said he shoulders responsibility for that not happening, he made it clear that his players were still ultimately responsible for carrying out those tactics.

And to illustrate that, Guardiola made a number of huge selection calls against Tottenham – most notably dropping De Bruyne in order to add another body into the box in the shape of Julian Alvarez.

It was only De Bruyne’s second Premier League game of the season where he has been named on the bench, although in the other Alvarez also partnered Haaland and the pair scored five goals between them against Nottingham Forest in City’s biggest win of the season. Maybe that was behind the selection, as Guardiola would explain Alvarez was picked to add another body in the box.

Guardiola has also spoken of City needing to create more for Haaland to improve their record of one shot in target in two games, and Haaland’s ‘drought’ of two-and-a-half games without a goal. In his programme notes on Thursday, he twice referenced the need to fight for ‘absolutely everything’ and compete in every game to have a successful season.

So for De Bruyne to be sacrificed in order to make those things happen says plenty over Guardiola’s thoughts on City’s recent slump. De Bruyne would usually be considered untouchable, and trusted to lead City back into form – especially in the mentality department where he cannot be questioned. But now he’s been dropped in order for Guardiola to get the reaction he’s looking for.

Not only does that raise a question of De Bruyne’s creative form, but also his ability to fight as Guardiola wanted. In the first half, City were crying out for De Bruyne’s temperament and eye for a pass in the final third, as their play looked relatively similar to recent outings despite the number of changes.

But as a wounded City side conceded twice in first-half injury time, they came out after the break with a point to prove, doing everything Guardiola wanted – increasing the tempo, getting players in the box and delivering the service to them.

In an instant, City were level, and had done so without De Bruyne, or other creatives like Phil Foden and Bernardo Silva. When Riyad Mahrez danced into the box and caught Hugo Lloris out at the near post, the comeback was complete and De Bruyne hadn’t been needed from the bench.

Of course, dropping the Belgian could be with Sunday’s home clash with Wolves in mind, or his missed day of training in the week might have affected his fitness. Nevertheless, this was the first Premier League game of the season he’s not featured in at City’s halfway point of the season.

Or it may have been a move to remind De Bruyne and everyone else that nobody is safe from scrutiny under Guardiola. It took a while, but the new-look Blues looked fine without their chief creator against Spurs.