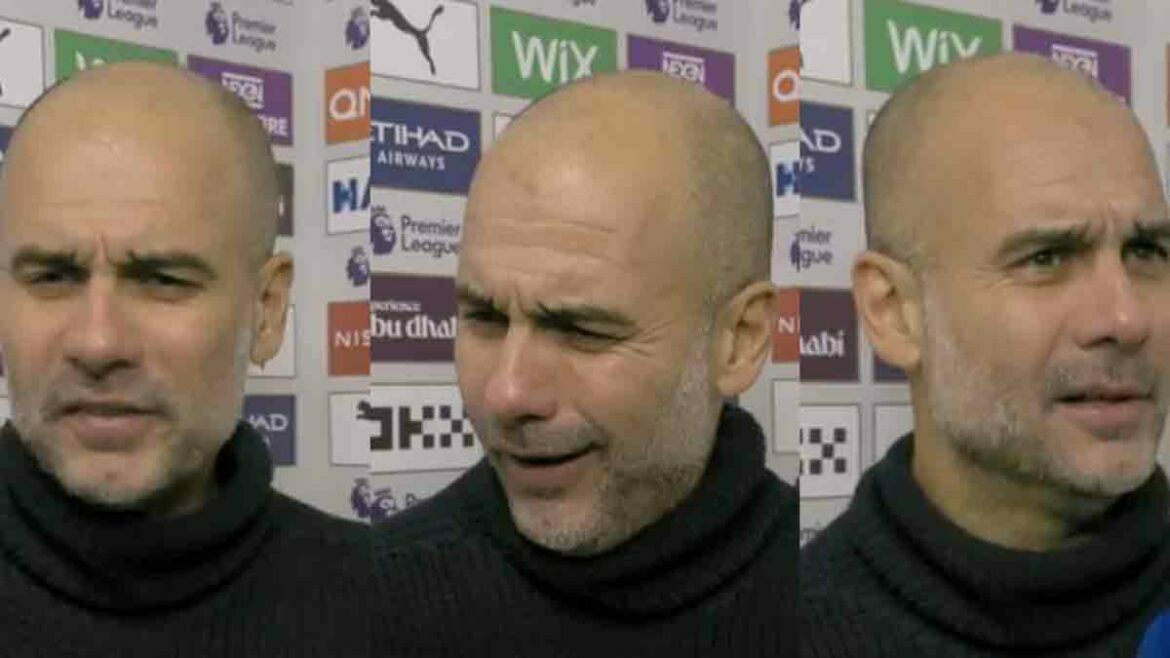 Pep Guardiola has slammed Manchester City ‘s critics by claiming it’s “bulls***” to suggest they haven’t been successful due to not winning the Champions League.

Guardiola, 52, endured a rollercoaster evening on Thursday as City came from two goals down at half-time to pick up a dramatic 4-2 win against Tottenham. Booed off at the interval by their own frustrated supporters, an extremely rare occurrence at the Etihad Stadium, second-half goals from Julian Alvarez, Erling Haaland and a brace from star man Riyad Mahrez ensured that Citizens cut the gap to Premier League leaders Arsenal to five points.

Despite criticising his players’ ‘flowery’ performances of late during an heated post-match interview with Sky Sports, which he walked out of in dismay, Guardiola soon defended City’s recent achievements amid suggestions – from himself included – that the reigning English champions aren’t the same team they once were.

“People say we haven’t had success because we haven’t won the Champions League – bulls***! We won a lot,” the Citizens boss declared in his press conference. “Two back-to-back [Premier Leagues] in this country, and the way we played, the consistency, against this Liverpool. What a success.”

Guardiola’s remarkable outburst continued, having been asked why he was being so candid and making such impassioned claims. “I want a reaction – not just from players, staff, the whole organisation,” the Catalan tactician explained. “We are a happy flowers team, I don’t want this. I want to beat Arsenal. I cannot deny how happy we are [to win].

“But we are far away from the team that we were. There are many things that we are far away, far away. We play because ‘my manager told me to do this and this’ – but there is nothing from the stomach, the guts. We were lucky, and if we don’t change, sooner or later we are going to drop points. No passion, fire, desire to win from minute one.”

“Maybe they’re too comfortable because we have won four Premier Leagues in five years. After we scored a goal they react, but that is not the point. We are far, far away from being able to compete at the highest level. Do you think we are going to close the gap to Arsenal the way we are playing? No way.