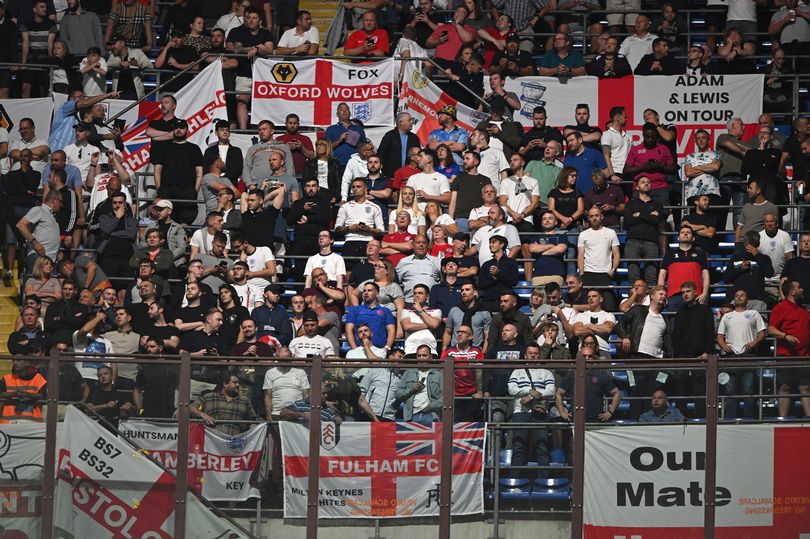 Gareth Southgate was brutally booed by travelling England fans after the Three Lions’ 1-0 away defeat to Italy.

Giancomo Raspadori’s strike proved to be enough for Roberto Mancini’s men to overcome a flat England side at the San Siro. The result not only extended England’s winless run to five matches, but it also relegated them to Group B of the Nations League.

The glorious run to the final of Euro 2020 seems like a distant memory. And nothing confounds the difference in sentiments more than the sound of England supporters booing Southgate.

He walked across the pitch to applaud the travelling fans, only to be met by boos and jeers from a furious section of supporters. And those frustrated and angry feelings were also replicated on social media by other disgruntled and worries supporters.

“Relegation & boos from the crowd. Worst run for England in 8 years with one match left before the WC,” one nervous fan wrote. “England fans boo Southgate at the final whistle. Over 4 hours without a goal. Naming two goal keepers and not a striker in Ivan Toney. Is Southgate’s time up,” another fan asked.

“Southgate looked puzzled to hear them boos… can someone tell him England haven’t scored from open play in 5 games despite having an unbelievable list of attackers,” one other England fan said after the defeat.

“England fans have proper let Southgate have some there, loud boos,” another fan remarked. While the former Middlesbrough manager accepted the result will be hard to take, Southgate’s comments after the contest appeared to contradict the general feeling after the match.

“Difficult of me to be too critical of the performance: more possession, more shots, more shots on target,” Southgate said after the game. “I personally felt the performance was a step in the right direction. But I appreciate because of the result that won’t be the reaction.”

When asked about the jeers and boos from his own supporters, Southgate diplomatically replied: “I understand the reaction at the end, as that’s the results we’ve had. It’s an emotional reaction.”