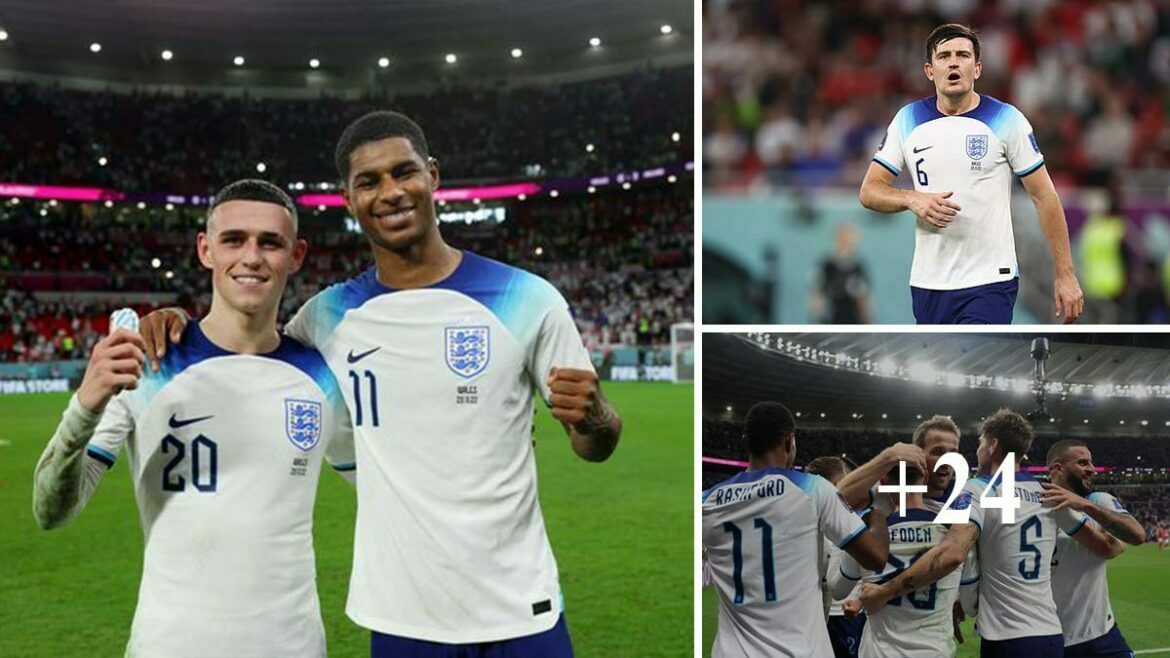 England will be looking to take another giant stride towards achieving their World Cup ambitions when they face Senegal in the last 16 at the Al Bayt Stadium this evening, kick-off 7pm (GMT).

The Three Lions, who made it all the way to the semi-finals at the last World Cup four-and-a-half-years ago, secured their path to the knockout stages on Tuesday night with a comfortable 3-0 win over arch-rivals Wales. Two goals from Manchester United ace Marcus Rashford and one from Manchester City’s Phil Foden secured a second win in three games for Gareth Southgate’s side.

Victory over Wales also secured top spot in Group B for England, meaning they now face Senegal, who finished as runners-up in Group A, for a place in the quarter-finals. The Three Lions are favourites to overcome the African outfit but can leave nothing to chance in a tournament that has so far been littered with shocks.

After naming the same side for the clashes with Iran and the USA, Southgate made four changes for the clash with Wales to freshen things up, meaning his selection this evening promises to offer plenty of intrigue. However, Jordan Pickford is expected to continue in goal for the Three Lions.

The Everton shot-stopper has started each of England’s opening three matches in Qatar and has kept back-to-back clean sheets. He has kept seven clean sheets in his last 10 appearances at major tournaments.

The back-four, although there are options for Southgate to change it, should pick itself. Ahead of the prospect of potentially facing France in the quarter-finals, City’s Kyle Walker, thinking ahead to the possibility of dealing with Kylian Mbappe, should continue at right-back to build up his minutes.

Manchester duo John Stones and Harry Maguire have been rock solid in the heart of the defence, meaning their partnership ought not to be disrupted. Luke Shaw has started every game at the tournament so far and is likely to get the nod again at left-back.

It is in midfield where Southgate faces his first big selection dilemma. Jordan Henderson was a surprise starter against Wales and the Liverpool man could continue in the engine room against Senegal to provide a degree of experience and robustness.

Declan Rice of West Ham United is a guaranteed starter and should continue at the base of the midfield, possibly alongside Henderson. If that proves the case, Borussia Dortmund star Jude Bellingham, who has started every game so far, should play as the most advanced member of the trio.

After the win over Wales, Southgate should refuse any temptation to tinker with his front-three, despite the array of quality and options available to him. Although he is yet to get off the mark in Qatar, captain Harry Kane must start and spearhead the attack, supported by Rashford and Foden either side of him.

Although a number of fans have called for City ace Foden to be moved into midfield, he is more effective playing out wide, as highlighted by his performance against Wales. Rashford, too, deserves to retain his place after scoring a brace. It would be devastating for him to be axed from the starting line-up.