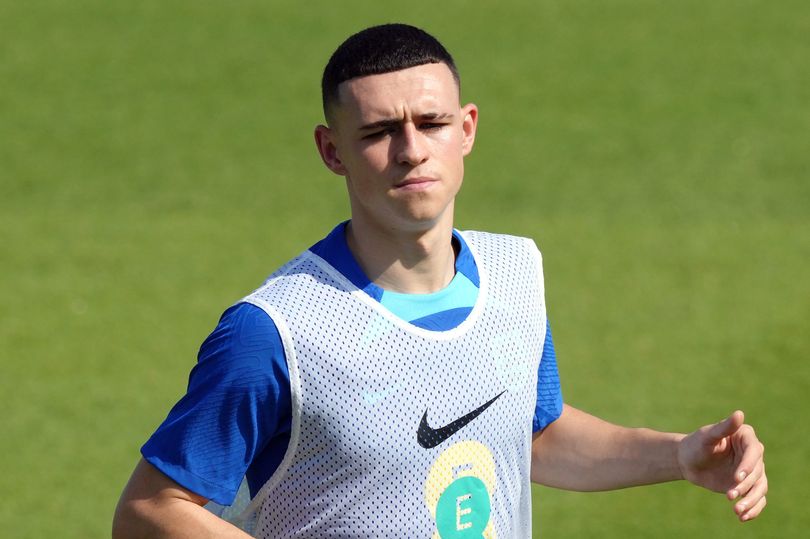 England fans have been left scratching their heads after reports Gareth Southgate is set to snub Phil Foden in favour of Bukayo Saka.

The Three Lions open their World Cup campaign on Monday lunchtime as they square off with Iran. And Southgate’s side may have to earn three points without Manchester City’s starlet, who will only be able to affect the game from the bench.

According to The Telegraph, Southgate will deploy Saka and Mason Mount, who helped England comeback against Germany last month. Alongside Foden, Jack Grealish also looks to have missed out on a spot in the starting side.

One fan tweeted, with a barrage of crying emojis: “Southgate benched our best player!”

“If Foden can’t get a place in that starting XI then we should be easily winning the World Cup,” a second added. While a third tweeted: “Let’s have it right, it should be Foden AND Saka starting. Sterling or Mount should be warming that bench!”

However, a fourth was more levelheaded: “Fair enough. Don’t need my starboy getting the blame for more England tomfoolery.”

Southgate’s decision also means there will be no room for Raheem Sterling – whose goals fired England to the final of Euro 2020, just over 12 months ago.

The 52-year-old pointed to the Germany Euro 2020 as how he wants England to play in Qatar: “We have been flexible because we have felt in certain matches that has been important – Germany in the first knockout game last time would have been an example of that.

“We could get pressure all over the pitch and it was clearer how that pressure should be applied.”